Over there, that was the respective other Germany for the citizens of West and East Germany.

In the West, many people reacted with annoyance when they heard criticism of the political and social conditions in the Federal Republic and West Berlin. The simplistic answer: “Go over there if you don’t like it here” could be heard a thousand times.

Especially young people who had not consciously experienced the immediate post-war period in Berlin could not relate to this answer. They did not understand how the people in West Berlin had experienced the development towards division. And that these experiences had created a deep mistrust of “everything left” in many people.

Unlike the conservative and social democratic parties, the KPD arrived in 1945 from Moscow with ready-made structures in the destroyed Germany. Although the KPD and the later SED repeatedly emphasised that they stood for a democratic Germany, in practice all the  hindered other parties in their area of power.

To this day, the one famous statement by Rosa Luxemburg is used by leftists at every suitable or unsuitable opportunity. That of freedom. “Freedom is always the freedom of dissenters.“  Few quotes are as misused as this one. If you read the letter from which it comes, it quickly becomes clear that she was only concerned with dissidents. innerhalb the KPD. There are plenty of other Luxemburg quotes that prove her tendency to smash other parties.

The workers’ unrest of 17 June 1953 and the building of the Wall in August 1961 showed what the Unity Party really thought of democracy.

In the West, the great majority of citizens agreed with the system. They saw mistakes, but with the GDR in mind, they did not want a socialist unitary state. The movements that today are known as the “68ers” were not a revolution. With the emergency laws, the federal government reacted in panic to a situation that was not at all what it seemed.

The social-liberal coalition hijacked the reform movement in 1969 with the Willy Brandt dictum “Dare more democracy”. For the extra-parliamentary opposition  the SPD therefore became “social fascists” again. Some prominent protagonists of the student movement even switched to the radical right. The best known might have been Horst Mahler.

To this day, there is no consensus on whether the ’68 movement brought more positive or more negative results. Many of the demands of the “movers and shakers” sound absurd today. Many an old  APO 68ers are now firmly established in the parties and do not like to be reminded of their demands at the time. Part of the sexual liberation theory was, for example, sex with children. And the role of women was by no means as equal as it seemed. Many an ultra-leftist flat-share resident on the street acted as a pasha.

Anyone who was propagandistically valuable was courted in the GDR. The best-known example is probably the US citizen Dean Reed. The artist, who was moderately successful in the USA, was far more popular in South America and became a Marxist there. Since he was persecuted and expelled in Chile, he came to Europe. Spain, the USSR and Italy were stations in his career. In November 71, he fell in love with the married model Wiebke Dorndeck at a film event in the GDR. He moved to the GDR in 1972 and married her after their divorce. In six years he made five films. GDR propaganda portrayed him as “the good American”. In fact, he kept his US citizenship, and in the garden of the waterfront property he rented hung the US flag that he symbolically cleansed of US capitalist filth during a demonstration in Chile.  had. He declared “I am a Marxist, whatever I sing”. So he found excuses for human rights violations in socialist countries. More important than freedom to travel, he said, was that there was no unemployment in the GDR. But his career fell asleep.

And in the 80s Reed slowly woke up. The Stasi files from that time contain many statements critical of the regime. The SED admonished him, but he remained a disruptive factor. But in US broadcasts he continued to justify the building of the Wall, and his dream of a new US career was shattered.

Reed committed suicide on 13 June 1986. His 15-page suicide note remained under lock and key until the end of the GDR. Aktuelle Kamera reported the death as a “tragic accident”. Wild speculations arose that the KGB or Stasi had wanted to prevent his return to the USA, others fabricated about a CIA assassination.

There were also people who had come to the “golden west” and did not find their way around.

In 1977, Frank Heyda was a member of the German-German family reunion at the age of 14, he moved from the GDR to the West. In his new home in Hanover, he experienced money shortages and found that he couldn’t cope with the system. So he decided to return home to the GDR in 1981. He drove to the border crossing and explained to the GDR border troops that he wanted to go back.

If he had thought he would be welcomed with open arms, he was sorely mistaken. He ended up in the “Central Reception Centre Röntgental” in the Mark Brandenburg. Every immigrant had to pass through it. State security checked him intensively there. Agents in the West investigated whether he had had contacts with Western intelligence services. Endless interrogations and boredom alternated. He was not allowed to leave the home, armed guards patrolled behind the high fence. Although there was a bowling alley, ping-pong tables and television, he was supposed to use the library to familiarise himself with real existing socialism.

Criticism of the West was also expected, and the files of the people who passed through the home contain statements to that effect. Sentences like  “I wanted to go to the GDR because, as a working-class child, I don’t want to be drilled by the fascist officers of Bonn’s mercenary army for a new war of robbery” could hardly have originated in the minds of the interviewees. Many young people had a diffuse image of the GDR, they did not get along with the authorities (school, police, employers) and hoped for a better relationship with the authorities. However, people who had problems submitting to authority were wrong in the GDR.

Some residents of the “home” were not really there voluntarily. Thus the later Brandenburg Interior Minister Alwin Ziel. He had stayed in Hamburg in 1988 after a visit. He wanted to bring his family back, but the MfS threatened to put the children in a home. Ziel returned after four months. “Das war wie Knast”, berichtete  The goal after the fall of the Wall, “the whole mill that existed there was set up in such a way that the inmates were to be made small. They were supposed to lose their self-confidence.”

Typical of the GDR was that the facility was surrounded by secrecy. Rumours circulated in the area. The conjectures ranged from a Stasi prison (which was not entirely false) to a hiding place for RAF terrorists to a weapons laboratory. The seven-storey prefabricated building was located in a small wood. Eight barracks were grouped around the main building. Designed for up to 200 “guests”, there were usually around 30 immigrants there. 114 MfS employees looked after them.

Psychological care only existed in a negative sense, people were to be broken first of all.

The 18-year-old Heyda spent months there. When he was repeatedly asked who had sent him, he rebelled. Since a hunger strike brought no results, he destroyed the furniture in his room. A little later he was put in a car by some gentlemen of the MfS and driven to the border crossing. The unadjusted young man was deported.

Probably the last immigrant to the GDR came in September 1989. The writer Ronald M. Schernikau had misjudged the signs of the times. On 9 November, the Wall opened. Instead of a reformed GDR, the East German federal states emerged. 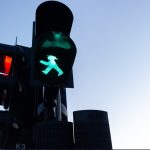 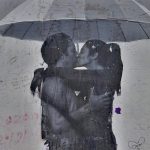