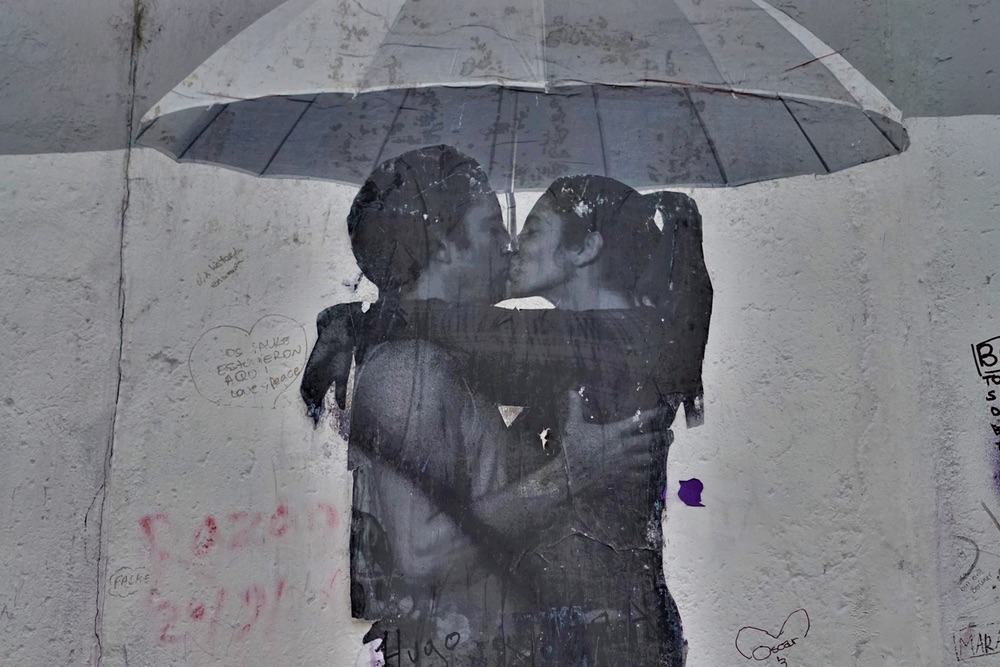 The communist youth organisation FDJ was not a new creation of the GDR. An FDJ had already been founded in 1936 by communists in exile in Paris.  had been founded. In Czechoslovakia, other communists founded their own FDJ in 1938. And in 1939, an FDJ was also recruited among young German refugees in Britain. Most of the members there had been brought to safety with the Jewish Kindertransports. But only about 10 % of the Jewish German children between the ages of 14 and 18 who arrived in the country in this way  joined the FDJ. Nevertheless, Nazi propaganda spread the nonsense of the “Jewish-Bolshevik world conspiracy”.

The FDJ there had around 600 members. In April 1943, the FDJ called for people to join the British army and nearly 150 members responded to this call. As communists they were under surveillance by the secret services but many were simply anti-fascists. The British FDJ folded in 1947 as almost all members had left the country.

In October 1945, an FDJ delegation took part in the founding congress of the World Federation of Democratic Youth. The KPD leadership in exile in Moscow had decided to form a “broad anti-imperialist democratic” youth organisation under the name “Free German Youth”. It was explicitly not only to be communist.

Thus, in September 1945, representatives of the KPD and SPD met in the Soviet occupation zone. The communist representative Erich Honecker took over the leadership. In February 1946, Moscow gave its approval to the founding of the FDJ.

The name and emblem of the communist exile groups were taken over at the founding. However, the new FDJ did not see itself as the legal successor to these groups.  7 March became the official date of the founding and in November 1947 the founding ceremony took place in the Friedrichstadtpalast.

The goals of the FDJ formulated in the membership book sounded very good:

But the supposedly non-partisan youth organisation soon showed its true colours. Church and other youth groups quickly became  brought into line. The FDJ was supposed to educate young people to become “class-conscious socialists” who should have internalised the theses of Marxism-Leninism.

It was no wonder that the SED officially had no youth organisation of its own. The FDJ had a special role in displacing church youth organisations. Protestant and Catholic church representatives quickly realised that in this respect the FDJ was a new edition of the HJ.

The easiest way to reach young people was to offer them special leisure activities. Youth clubs offered them meeting places with games facilities. The sub-organisation Jugendtourist organised trips to socialist countries. Trips abroad to western countries organised by Jugendtourist were hardly available to “normal members”. They were reserved for absolutely loyal FDJ leaders.

In every town there was a pioneer house that offered numerous working groups. “Young naturalists” and “young technicians” found a wide range of offers.

From the 1970s onwards, the FDJ leadership blatantly titled the organisation  as the “fighting reserve of the SED”. It also played an important role in relations with other states. The “deepening of friendship with the Soviet Union” was one of the FDJ’s main slogans. FDJ brigades took part in work assignments in the Soviet Union, for example, young GDR citizens helped build the Baikal-Amur railway line. Others worked in Sandinista Nicaragua, Mozambique and Angola.

Membership was voluntary. Upon application, young people were admitted to the FDJ at the age of 14. But the “voluntary” status was only on paper. Those who did not play along had almost no chance of being admitted to universities. Teachers loyal to the line worked their classes and it took courage to resist the pressure. About 20 % of the young people had this courage. In 1985, the organisation had about 2.3 million members, which corresponded to about 4/5 of all GDR youth between the ages of 14 and 25.

In the case of military service, NVA political officers exerted further pressure; those who were not yet FDJ members were often “persuaded” with special services and cancelled leave.

In 1961, the “FDJ order groups” were established.“ founded. By  They served as auxiliary police at youth events. They were supposed to have an “educative” effect on “hooligans, troublemakers and hostile elements” of the alternative youth culture. At the end of the 1980s, there were 40,000 members of order groups in the GDR who often came into conflict with punkers and other opposition figures.

The FDJ membership fee was income-dependent, ranging from 0.30 to 5 GDR marks. Many members were simply followers. You paid and took part in the compulsory events. And later they joined the Society for German-Soviet Friendship. That was enough socialist zeal to keep them out of trouble.

Great importance was attached to appearance in the FDJ uniform. The “blue shirt” became synonymous, the members  became the “blue shirts”. The shirt or blouse with the FDJ emblem of the rising sun on the left sleeve was the clothing worn by GDR youth on official occasions.

Like the whole GDR, the FDJ was organised according to the principle of “democratic centralism”. From the group, e.g. a school class or youth brigade, to the departmental FDJ organisation to the FDJ district leadership, everyone knew who was in charge.

The FDJ also had representatives in companies, in the NVA and even in the Ministry for State Security. The highest administrative level was the FDJ Central Council headed by the First Secretary.

The head office was on Unter den Linden where up to 150 employees took over the administration.

The FDJ delegates’ assembly took place every four years. The secretariat elected by the Central Council consisted of 13 secretaries, among them always the chairman of the pioneer organisation.

The position of First Secretary of the FDJ was a runway into the top leadership of the SED.  Erich Honecker, Günther Jahn and Egon Krenz. held them. There were about 400 full-time employees in the Central Council apparatus and many made a career in the state. With the Wilhelm Pieck Youth College, the FDJ had its own cadre training school.

Of course, the FDJ played an important role in the media. There were printed products for every age. Almost every children’s book featured Young Pioneers, youth magazines always reported on FDJ actions. The weekly newspaper Forum was aimed at students and university staff. The FDJ newspaper Junge Welt was the highest-circulation daily newspaper in the GDR. The FDJ songbook “Leben – Singen – Kämpfen” (Life – Sing – Fight) went through 18 editions. It mixed socialist struggle songs and folk songs. Radio and television were “advised” by FDJ staff.

Most major parties have youth organisations, but these are usually young adults who want to get involved in their country’s politics. But parties that claim to be the sole representatives of their country want to guide people even as children. The National Socialist state, for example, had a youth organisation called the “Deutsches Jungvolk” (German Young People) for 10   – 14 year olds. The political whisperer commented that after the SA men, AA men would soon also be integrated into the Nazi state.  würden.

The FDJ even surpassed the Nazi state; its subordinate pioneer organisation, Ernst Thälmann, began with 6-year-olds. The complete subjugation of youth to the service of a political orientation is one of the most obvious characteristics of a totalitarian regime.

As a clearly non-democratic organisation, the FDJ was opposed in the Federal Republic. The SED had tried to build up an FDJ movement in the West. Its functionaries all belonged to the KPD.  In 1950, 1954 and 1964, the FDJ organised meetings in East Berlin at Whitsun. These German meetings were an important propaganda campaign for the SED. In 1950, almost 10,000 West Germans took part; at that time, the West German FDJ had around 30,000 members. With the GDR’s development towards dictatorship, the number quickly dropped.

From 19 September 1950, KPD and FDJ members were banned from working in the public service in West Germany. On 26 June 1951, the FDJ was banned in the Federal Republic in accordance with Article 9(2) of the Basic Law. On 16 July 1954, the BVG established without appeal that the FDJ was banned in West Germany as an anti-constitutional organisation. Thus the use of the FDJ insignia also became punishable.

The ban still applies today, but according to the Ministry of the Interior it only applies to the independent organisation in West Germany. Since the insignia were identical, wearing any FDJ symbol can be punished with imprisonment or a fine. But there is no flea market in Berlin that does not sell FDJ shirts, flags or badges. They are often found side by side with NS badges, but the FDJ symbols are not taped off.

There had always been resistance, but glasnost permanently undermined the FDJ base. More and more shouts of “Gorbi Gorbi” rang out at events. Even leading FDJ members applauded Gorbachev during his visit.  The extent to which the doctrine that the Soviet leadership is always right played a role in this is certainly debatable. In any case, all attempts to reform the FDJ failed because of the old functionaries. 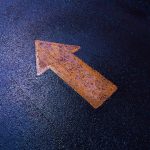 Why don’t you go over there?blog