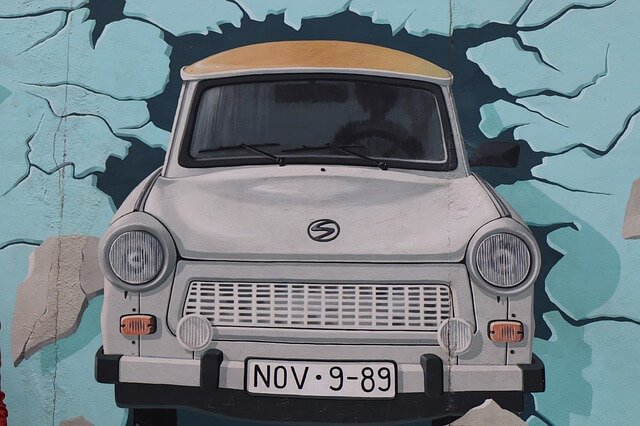 Since 1925, there was a central pioneer camp of the Soviet youth organisation Vladimir Ilyich Lenin near the town of Hursuf. It was initially founded as the “All-Union Recreation Camp for Children” and served at that time as a place of recreation for children suffering from tuberculosis. As a holiday camp, it became known as Artek from 1938 onwards.

Every communist canceled Artek as the “mother of all pioneer camps”. The Soviet Union made propaganda worldwide with pictures of children wearing white pioneer hats on the beach or under cypress trees. Artek appeared in practically every Russian textbook used by communist parties worldwide. Pioneer calendars showed it as a dreamland.

But access to Artek was restricted; only the most deserving pioneers and the children of the elites travelled to the camp for a three- or six-week summer stay. Even before the war, the children of foreign communist leaders were invited.

During the Second World War, the camp was affected by the occupation of the Crimea. It was decided to redesign the camp after the end of the war. The expansion  was done with modular buildings designed by Anatoly Polyansky. The reason was a change in the concept that now had 5,000 seats.  The glass and aluminium houses were reminded of ships. Since 1961, the site had been connected to Yalta, Alushta and Simferopol by the world’s longest trolley bus line. This was only one of the achievements of Soviet technology that was presented there in a particularly effective way. Dozens of feature films were shot there, including SF films Begegnung im All 1963 (Encounter in Space 1963) as well as children’s and youth films. A frequent guest was cosmonaut Yuri Gagarin. Every summer, 20,000 children visited Artek in four spurts.

The sports facilities were of Olympic standard  and there were excellent educational institutions. But Artek was only the nucleus. With the expansion of the pioneer movement into a mass organisation in the 1960s, the number of pioneer camps for children of the “normal” grew.  Soviet citizens. By 1976, half a million Moscow children were to spend the summer in pioneer camps. The privilege for a few thus became an experience that was shared by broader circles.

Probably all members of the GDR Council of Ministers had visited pioneer camps in the Soviet Union and all knew the reputation of Artek.

In 1949, the Council of Ministers decided to build a so-called pioneer republic at Lake Werbellin. It was opened on 16 July 1952 by the President of the GDR, Wilhelm Piek, under the name “Wilhelm Piek Pioneer Republic”.“ opened. A typical sign of the personality cult in the socialist states. The concept was closely modelled on the all-union pioneering Artek warehouse. With the then immensely large sum of 18 million marks, Reinhold Lingner created  a designed landscape in which the buildings by architect Richard Paulick were to blend in “socialistically”. The operator was the youth organisation of the SED, the Free German Youth (FDJ).

First the pioneer republic served  as a recreation centre for war orphans, later it served the political education of members of the Pioneer and FDJ organisations of the GDR until 1989.

But already the first guests were intensively “educated” politically, their daily routine was repeatedly interrupted by political lessons. As orphans, they seemed particularly suited for influence.

The daily routines were largely fixed and had to be strictly adhered to by the pioneers and the staff, which consisted mainly of volunteers. Each day began with the raising of the flag and ended with its taking down. Therefore, the centre of each pioneer camp was the roll call square, which had to have a flagpole.

One took over the Russian keyword rasumny otdych, “sensible recreation”. This was understood to mean sports and the promotion of technical skills in work groups. The best were photographed with the camp flag, were allowed to raise the flag, and were awarded diplomas and badges.

Even the excursions and the evening campfire were part of the political teaching programmes.

The facility grew to 1.1 square kilometers by 1989. A nursery for the staff’s children, cafés, a Mongolian yurt and laboratories made the area popular with the people working there and the guests.

Over the decades, around 400,000 young GDR citizens, including young people from abroad since 1961, visited the pioneer republic. The visit was also promoted among non-communist young people from Western countries.

Outside the holidays and special events, about 1000 Thälmann Pioneers visited the Pioneer Republic each term. One pupil per school was selected by the school’s friendship council.  sent as a delegate. The participants received regular and intensive training for 6 weeks in the pioneer republic.  High level political education in schools.

In the afternoon, participation in the pioneer afternoon was compulsory. Another  The daily viewing of the GDR news programme Aktuelle Kamera was obligatory.

The participants were asked to keep a diary. These were not private, so hardly any negative comments were written. Since the delegates were among the supposedly most convinced, the  The indoctrination was easy when the pioneers were selected. After all, it was already  as a distinction to be allowed to visit the Pioneer Palace or to take part in one of the 48 Central Pioneer Camps during the holidays. It was the greatest thing for a Thälmann pioneer to be delegated to the pioneer republic for six weeks. But even the 100 per centers noticed discrepancies,  Bananas and oranges were not a scarce commodity in the pioneer republic of the GDR.

The social connection was to take place via partners. The Berlin factory for television electronics, VEB Schiffsarmaturen- und Leuchtenbau Finow and the NVA fighter squadron “Hermann Matern” were just a few of the partners.

Of course, the NVA was also supposed to support the pre-military training of the Young Pioneers in the Pioneer Republic. Shooting and hand grenade throwing were part of GDR school education anyway.

During the special events, of course, people held back on this. International peace camps and guns do not go well together.

From 1990 to 2004, the state of Brandenburg was the sponsor of the former pioneer republic. Under the name „Kinderland am Werbellinsee“ the facility was operated by the GDR Youth and Sports Office. It was primarily intended to serve the care of children from the polluted areas of the GDR.

As early as 1992, the plant was „Europäische Jugenderholungs- und Begegnungsstätte Werbellinsee“. In 2004, the state of Brandenburg sold the entire area to WS Werbellinsee GmbH & Co. KG for only € 515,000.

In addition to class and club trips, the  Family and day tourism  the main activities today. Almost 1,000 beds are available today.

The buildings are now listed monuments. But inside they have been brought up to modern, western standards. There are three seminar hotels with double and single rooms with shower/WC, five guest houses with single, double and triple rooms including shower/WC, seven youth hostels and six summer houses with multi-bed rooms and communal washrooms and a small holiday home for four people.

A lakeside restaurant and two dining halls cater to visitors. The GDR sports facilities have also been modernised, today there are beach volleyball courts and a sports stadium with grandstand, and the facility also has a modern gymnasium and a wellness house with sauna and fitness room.

Visitors’ memories of GDR times are predominantly positive. Especially the  “International Summer Camps” were fondly remembered. For the children from the socialist brother states it was a glimpse into the supposed future, but for the young people from the West it was often rather real satire. You couldn’t forget the strange-tasting East Cola with a banana.

The 1989 summer camp with children from 50 countries was the last major highlight of the Pioneer Republic . But the mood of the visitors was now  far more critical than in earlier years. The political lessons mostly fell on deaf ears and many previous compulsory events were dropped or skipped.

Thirty years later, the ideas of the operators of the pioneer republic are  not be forgotten there at the site. But reality has long since overtaken them. They no longer play a role for today’s visitors.