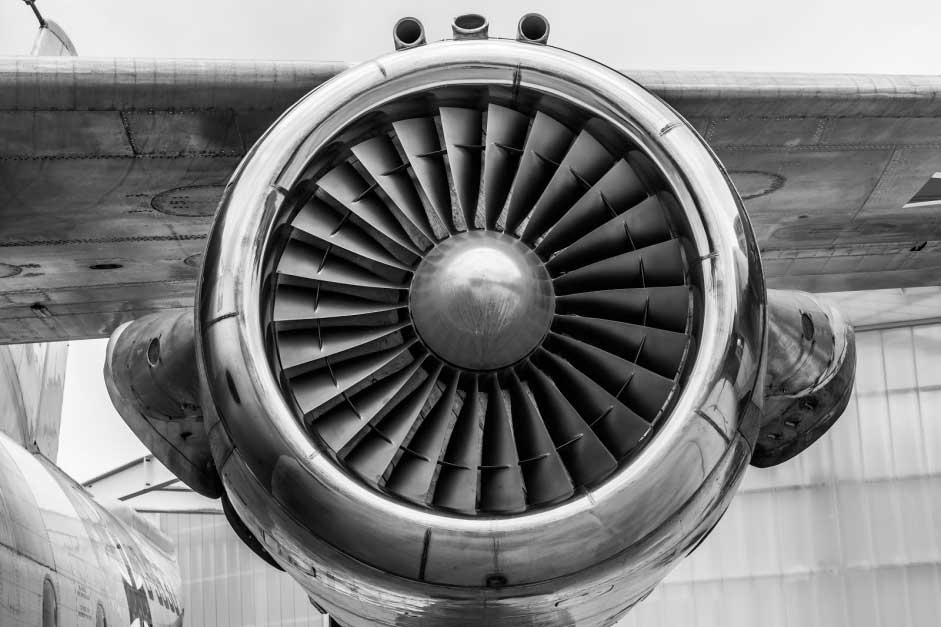 The end of the Second World War was for many years also the end of German aviation.

The civil airline Lufthansa disappeared from the skies. In 1953, the Aktiengesellschaft für Luftverkehrsbedarf (LUFTAG) was founded in West Germany. The following year it acquired the naming rights to the traditional name Lufthansa, now officially Deutsche Lufthansa AG. It was not until 1955 that the Federal Republic regained its air sovereignty and scheduled flight operations could begin on 1 April 1955.

The GDR followed four weeks later. The decision of the Council of Ministers was published on 28 April: “In order to carry out civil passenger and freight air traffic, the German Lufthansa is to be founded with effect from 1 May 1955. The German Lufthansa is subordinate to the Ministry of the Interior.“

On 1 July 1955, the Council of Ministers appointed the members of the management of Deutsche Lufthansa GmbH der GDR.

Arthur Pieck, the son of the president of the GDR, became the main director. The trained typesetter was completely unsuited professionally. The political offices he had held in the GDR had not prepared him for the management of an airline. But he had the necessary political connections. After 10 years he retired, he was not particularly missed.

He had been provided with a good staff. The director of air traffic was an experienced pilot and the technical director had learned to be a locksmith and master craftsman at the old Lufthansa. The political director Karl Heiland had been in pilot training with the Luftwaffe in 1945, but without a degree.

From May 1955 Schönefeld was ready for operation as the first GDR Lufthansa airport. A  Ilyushin 14 with Lufthansa livery and German registration GDR-ABA landed in Schönefeld on 30 July as the GDR’s first Lufthansa aircraft. The first official flight took off on 16 September 1955 with Prime Minister Otto Grotewohl to Moscow for the signing of the State Treaty between the Soviet Union and the GDR.

4 February 1956 saw the start of scheduled services on the Berlin – Warsaw route. On 27 February, a special trade fair service was started between Berlin and Leipzig. Other routes followed in the next few years.

At first, German staff only took over the ground work. Like the aircraft, the flying personnel also came from the Soviet Union. Only on  13 March 1957 Gerhard Frieß was the first German commander to fly on a regular flight operated by Lufthansa of the GDR from Berlin via Vilnius to Moscow.

But the situation on the market was strange, there were two completely independent airlines using the name Lufthansa and the crane logo.

It slowly dawned on the GDR authorities that there was a problem with the name Lufthansa; it did not belong to the GDR Lufthansa. Thus, just a few months after the founding of the GDR’s Lufthansa, Arthur Pieck had already commented to Otto Grotewohl: “From a formal legal point of view, we find ourselves in a situation according to which even our own courts have denied us the right to use the nameGerman Lufthansa and the stylised crane as a trademark must prohibit.“

On 13 March 1958, a group around Erich Honecker sat together to plan for the future.  On 8 September 1958, Interflug, Gesellschaft für internationalen Flugverkehr mbH was founded as a “reserve”. Here, too, Arthur Pieck was the chief executive. The main owner was the GDR’s Lufthansa. Lufthansa crews now had to carry Interflug uniforms for safety, so that they were prepared for the return flight in case of an unexpectedly quick legal clarification. Paint had been provided for painting over the logo.

When the court in Belgrade heard the  defeat of Lufthansa (GDR) by Lufthansa (West) was becoming apparent, the GDR decided to  the SED to use a new strategy. They did not risk bad press after a defeat and declared: “that Lufthansa will be liquidated because it is unprofitable to have two companies, and that one company under the name of Interflug gebildet wird“.  On 1 September 1963, the top personnel of the now dissolved Lufthansa of the GDR took over the Interflug management.

In 1968, Interflug took delivery of its first jet aircraft, the twin-engine short- and medium-haul Tupolev 134. It remained in service until the end of the airline. Like almost all Soviet aircraft, it consumed a lot of paraffin, which led to high operating costs. Noise protection requirements and corrosion damage that could not be repaired economically made the type a discontinued model at the turn of the century.

In 1970, the Ilyushin 62 followed as a long-range jet aircraft. Now it was possible to start route operations to Cuba and Vietnam. Unfortunately, the first GDR IL 62 crashed on 14 August 1972 near Königs-Wusterhausen, killing all 156 passengers and crew members. Once again, the MfS pulled out all the stops. The fact that the Soviet aircraft had a fatal technical defect at the factory was not allowed to become known under any circumstances.

In 1980, domestic air travel in the GDR was discontinued. Automobile production and improvements in rail services had caused the number of passengers to shrink considerably. No more civilian flights took place at Heringsdorf Airport after that, but it continued to be kept on standby as an alternative airport. The employees there were kept busy building luggage trolleys and other ground service material.

In addition to scheduled flights, Interflug operated many charter flights. The airline had deals with tour operators from West Berlin that brought coveted West German currency. But the flights hardly brought a profit because of the rising operating costs.

The route network reached an extension of 122,000 kilometres in 1983. 1.3 million passengers flew with Interflight that year. In 1989, the company had 40 aircraft in its commercial flight division, but only the three leased West European Airbus aircraft were profitable. Ticket prices covered only half of the costs, so Interflight was always a profit-making business for the GDR.

Die  „Interflight “solidarity flights” were operated as charter flights. During aid missions in Africa, NVA military aircraft of the type  Antonov 26 with civilian registration and Interflug numbers. Equipped with seat cushions and carpets, these military aircraft flew for Interflug from Berlin-Schönefeld to Lviv to bring workers to the Druzhba natural gas pipeline. Because of the high noise pollution, they were not popular with the residents of the airfields.  Known by the nickname “route bomber.

Interflight also took over agricultural flying in the GDR and was also active in industrial and aerial photography. The pilots took on surveying and documentation tasks, and were closely monitored by the MfS, as maps were considered secret in the GDR. The published maps were falsified, even Dresden Airport was missing on GDR maps.

The end of the GDR also brought a quick end to Interflug. The Federal Republic of  German Lufthansa AG endeavoured to cooperate with Interflug. In November 1990, however, Lufthansa discovered that Interflug was making a loss of DM 1 million every week, with a total deficit of DM 200 million. Nevertheless, the intention was to merge, but the Federal Cartel Office rejected this.

The financial situation forced the Treuhandanstalt to liquidate Interflug on 7 February 1991. The only modern aircraft were three Airbuses and a DeHavilland Canada DHC-8. With the Soviet types, it was only possible to survive on the world market if money was constantly injected.  On 30 April 1991, a Tu-134 with the registration D-AOBC made the last Interflight trip.

The Airbus A310 aircraft were returned to the lessor and purchased by the German Air Force for the Federal Government’s Special Air Mission Wing. Today, one is still used as a passenger aircraft by the Air Force for the transport of soldiers.

The Il-18 squadron went to the new foundation of Berlin. Its operation ended already in 1994.

Around  1000 of the well-qualified Interflug employees were taken over by Lufthansa after the liquidation, including 450 in engineering.

The commercial flight sector also had to be liquidated, as the economic prerequisites for both agricultural and crane flight ceased to exist with the dissolution of the large state-owned enterprises. Today, Berliner Special Flight (BSF) continues crane flying to a much lesser extent; today’s environmental regulations clearly limit the possibilities.. 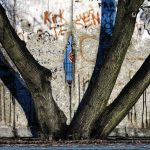 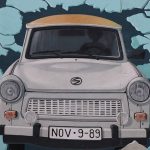 The Pioneer Republic of Wilhelm Piekblog