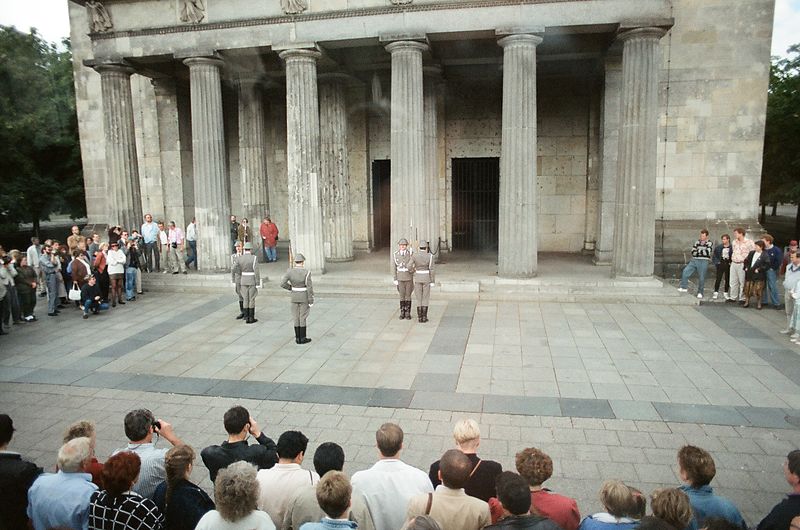 The state of Prussia ended its existence in 1945. Formally, however, it continued to exist until its formal dissolution by Allied Control Council Law No. 46 of 25 February 1947.  It says:  „The State of Prussia, which has always been the carrier of militarism and reaction in Germany, has in reality come to an end. Guided by the interest in maintaining peace and the security of the peoples and fulfilled by the desire to secure the further restoration of political life in Germany on a democratic basis, the Control Council enacts the following law:

“The State of Prussia, its central government and all subordinate authorities are hereby dissolved.“

This actually settled the issue of Prussia. But Prussia was far more than a state entity; it was also associated with ideas. Just like the stereotypes of militarism and reaction mentioned in the above-mentioned law, the positive “Prussian virtues” were often just phrases. Reliability, honesty, diligence and tolerance existed in Prussia. But they were actually Calvinist virtues.

Real existing socialism had a very practical problem, its territory was identical with the nucleus of the Brandenburg-Prussian state. Potsdam and Berlin were there and one had to deal with the historical heritage somehow.

Prussia was an enemy image for the young GDR. Prussian-sounding terms were avoided, to the extent that Bismarck herring became Deli herring in the HO outlets. But because of the food shortage, there was usually neither Bismarck nor Delihering in the shops, which gave the customers enough material for whispering jokes.

The West also had its problems with history. In some cases, East and West worked together. The Brandenburg Gate was restored in 1956 as the only surviving Berlin city gate, even though it was a Prussian symbol for the GDR. The Quadriga could only be completely recreated on the basis of a plaster cast from 1942. It was produced in Friedenau in West Berlin by the Hermann Noack foundry. The quadriga was completed on 14 December 1958. The often-told story that the GDR deliberately erected it in the wrong direction of travel is a legend. The truth is that the Quadriga was secretly moved to the Neue Marstall during the night of 2 to 3 August 1958. There  der Preußenadler und  the Iron Cross was removed. The East Berlin city council declared: ” The “emblems of the Prussian-German Militarismus“are no longer allowed to be installed. According to  the building of the Wall in 1961  Nothing was done to preserve the Quadriga, and several steel parts had rusted through by 1990, others stolen by souvenir hunters. The restoration after the fall of the Wall was complete, the eagle and Iron Cross were reattached, so visitors to Berlin today see the old version.

But the gate was only the western terminus of the Linden. A street full of Prussian symbolic buildings. The City Palace was blown up to create a parade ground. But other buildings were adopted and became part of the GDR identity.

The Neue Wache is a typical  An example of the strange GDR view of history. The old Prussian military ceremonial of the changing of the guard had taken place there since 1818. The building was restored by 1955. In 1960 and 1969, the interior was converted into a memorial to the victims of fascism and militarism. From 1962 onwards, two armed soldiers of the Friedrich Engels Guard Regiment stood there as a guard of honour.  who were replaced every hour in the small guard lift. And at 2.30 p.m. on Wednesdays and Saturdays there was the big guard lift.  Military music and soldiers in goose step. This very Prussian-looking event  was a tourist magnet until the end of the GDR.

But in general, in  of the Ulbricht era  Prussia was officially to blame for all the undesirable developments in Germany. Prussia and the Nazi state were used almost synonymously. Following this simple conclusion, castles were destroyed, mansions blown up, monuments torn down, streets and cities renamed, books put on the index.

But there were exceptions, for example, in 1966 the highest military order of the National People’s Army was  named after General Gerhard von Scharnhorst. He was seen as a reformer who stood for the tradition of the “people’s army”.

The GDR developed military traditions that, consciously or unconsciously, imitated Prussian traditions. The large military parades in East Berlin were very reminiscent of those of the imperial era, but also of those of the Nazi state. Many people were irritated, and even the  References to Clausewitz quotes in Lenin’s works were not. The similarity of the NVA uniforms to those of their predecessors was another point. The cut and the way they were worn were definitely “militaristic”. Less Prussian than National Socialist. In the GDR army, even the goose step survived, which the Bundeswehr could no longer expect its “citizens in uniform” to wear. However, it was the slightly different Russian-Soviet form..

In The Wall Museum, the attentive viewer of the film documents and the real pieces will immediately notice this connection. But the language of the propaganda films is also revealing; phrases such as: “gets the bullet…” could have come from the Nazi state. But not from pre-1918 Prussia.

It is a little-known fact that the “typical” NVA steel helmet, which can be seen in the museum in the films and as an original, was registered as Reich patent no. 706647.  had been developed for the Wehrmacht in 1943. Only a small number were issued to the troops in 1945. The DDR M/56 helmet  only had a slightly different lower edge. Now and then, “revanchists” from the capitalist West maliciously pointed out the Nazi provenance. In the Bundeswehr, the combat helmet was in no way to be based on NS designs. And the cut of the uniform was also  designed in an emphatically “unmilitary” way.

The SED leadership was particularly fond of the wars of liberation. There was a fighter squadron “Adolf von Lützow” and a helicopter squadron “Ferdinand von Schill”. Schill and Lützow were declared to be the bearers of the people’s war, the forerunners of the NVA. The fact that they were also heroised in the Nazi state was simply ignored.

In 1972, Friedrich II appeared for the first time in a defa  Film production. The film “The Stolen Battle” shows him as a feudal ruler who has no regard for the lives of the little people. GDR film critics described it as a satirical exaggeration. Manfred Krug received the National Award II Class for his portrayal of the antagonist Käsebier.

Erich Honecker marked the beginning of a momentous  Change. His propaganda machine spread the theory of an “independent socialist nation GDR“  which was developing in contrast to the” imperialist nation” of the Federal Republic. In order to make this halfway plausible, a historical legitimisation was sought. And to the surprise of the public in West and East, they started with Prussia. Historical scholarship in the GDR was always guided by the state doctrine, so it was clear that a publication always reflected the opinion of the SED leadership.  Already in 1976 there was a 5 Mark commemorative coin for the Freikorpsführer von Schill. Another step towards  a socialist legend about Prussia.

There was a bang in 1979. The biography of Frederick the Great by East Berlin historian Ingrid Mitten set new standards. One could not ignore the  not disregard or negate positive-progressive moments of Prussian history. Only nine years earlier, two GDR historians, Günter Vogler and Klaus Vetter, had repeatedly spoken of military despotism in Prussian History. Prussia, they said, was the precursor of National Socialis.

The management of GDR television had decided to make a television film on the occasion of Clausewitz’s 200th birthday that dealt with progressive tendencies in the history of Prussia and thus also with the work of the military reformer Clausewitz. Patriotism and fatherland were themes that the SED valued. “Clausewitz  – Portrait of a Prussian General“  ran at prime time. There was no longer any talk of Prussia’s guilt for the crimes of the Nazi state.

And the change continued. In 1980, Frederick the Great’s equestrian monument was reinstalled at its traditional location on Unter den Linden. Tourists have been able to visit it there ever since. Since 1947, Frederick II had been.  the symbol of bellicose Prussia, now it was suddenly a historical reference point for the workers’ and farmers’ state.

Officially, the king in the GDR initially continued to be called only Frederick II, and the suffix “the Great” was not used. But after Erich Honecker called him Frederick the Great again in 1986 in an interview with a Swedish daily newspaper, probably by mistake, he was once again Frederick the Great in the GDR.

1985 appeared  the two-volume biography of Bismarck by the renowned historian Ernst Engelberg. The work   went too far for some veteran SED functionaries. Bismarck, hitherto always apostrophised as the mortal enemy of the working class, warmonger and reactionary Junker, was now a man of ” imaginative and cleverly pondering, equally imaginative and refined politics”. A Bismarck as part of the GDR’s cultivation of tradition?

But the top SED leadership meant business. In 1986, the former GDR Minister of Culture, Hans Bentzien, turned up at the Prince of Prussia. During his visit to Hohenzollern Castle, the SED representative addressed him as “Imperial Highness”. A title that clearly no longer applied and was actually an absurdity for a socialist. He was sent by Honecker. The SED’s idea was strange: the coffins of Frederick the Great and his father, Frederick William I, which had been in Hohenzollern Castle since 1952 after being removed during the war, could be moved to Sanssouci near Potsdam, i.e. to the GDR. That would be in accordance with the last will of Frederick the Great.

The prince was quite positive about the idea, but he had one small precondition: First, the Wall would have to fall. Probably neither of the two interlocutors expected the Wall to fall only three years later. Today the coffins are back in Sanssouci.

In 1985/87, the six-part  GDR television series “Saxony’s Splendour and Prussia’s Glory” a street sweeper. The quality of the equipment and the number of actors surpassed all previous DEFA films. 21 million GDR marks resulted in a magnificent picture of the 18th century. Various small historical inaccuracies disappear before the colourful images. The series was also very popular in the West.

On 22 August 1987, musicians from the NVA and the border troops performed a historic military concert on the Gendarmenmarkt, then still the Platz der Akademie. Musicians in uniforms from the time of Frederick II and the wars of liberation played old Prussian marches, drawing a bow to the NVA and Soviet marches. The DVD of the concert is still a bestseller with tourists today.

Even 30 years after the fall of the Wall and over 70 years after the legalThe end of Prussia is a current topic. In Potsdamthe issue of reconstructionof the Garrison Church, which was blown up by the GDR. The state government’s tourism concept emphasises Prussia’s potential as a tourist magnet. The opponents bring up the old cliché of the Prussia – militarism – Hitler line in ever new variations.

The proponents have an indisputable argument; without the Prussian heritage, hardly any tourists would visit Potsdam. And it is similar in the old centre of Berlin. The Zeughaus / German Historical Museum, the Museum Island, the Opera House and the Brandenburg Gate attract tourists. The construction of the facades of the City Palace corrects one of the SED’s blunders. A path that the party itself had already taken with the adoption of Prussian history.had initiated. 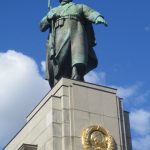 Russia’s image in East and Westblog 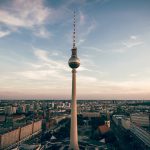