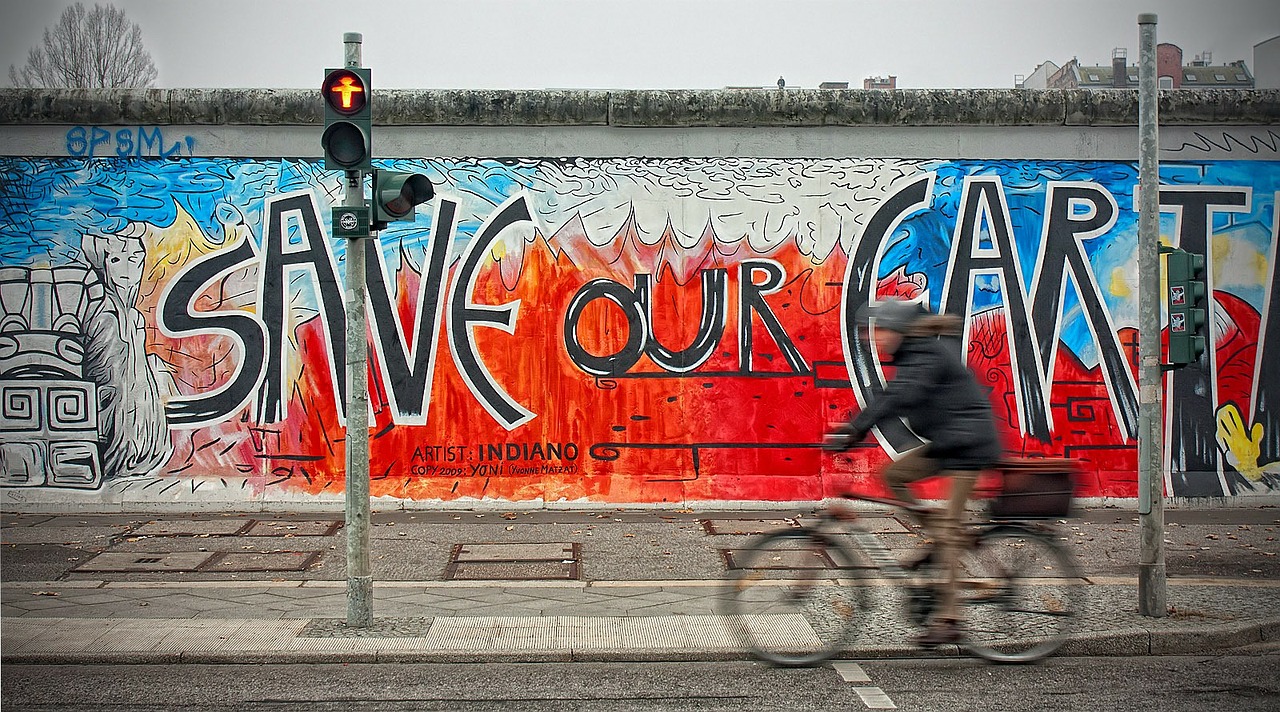 Many people thought of a city in the style of medieval Nuremberg with a city wall. A city in which one constantly comes up against the wall. Nothing could be more wrong. West Berlin had an area of 479.9 km2. In 1989, 2,130,525 people lived there.

In addition to forested areas, West Berlin also had large expanses of water. The large Wannsee with 2.732 km² is one of many. The Spree and Havel rivers as well as numerous smaller rivers and canals made West Berlin a water city. In many places, the approximately 1690 km long “Wall” was a wet border.

West Berlin was so large that the border could often not be seen for long periods of time. A contemporary witness reports:

I was born in 1963 in Berlin-Tempelhof and for me the Wall was completely normal. I lived in the American sector with a view of Tempelhof Airport, so the sight of US soldiers was a matter of course for me. For some older people they were occupation troops, for many they were protectors.

My first trips were flights, all on PANAM, the US airline that flew to West Berlin.

In 1972, the Four Power Agreement came into force and was followed by the Transit Agreement, which allowed West Berliners to travel to West Germany by car or train. Most of them, to be precise – thousands were not allowed to use the transit routes. Republikflüchtlinge, some members of the West Berlin administration but also others could only enter or leave West Berlin by air.

My first memories of crossing the border are associated with car journeys. In the early years, you had to park and go into a barrack where visas were issued. Later, clearance became mechanised. The checkpoints had several lanes. Sometimes you were assigned to a lane by a border guard, sometimes you were allowed to choose freely. And like at the checkout in the supermarket, you tried to guess where the fastest lane was. A border guard in a glass box took the papers and put them in a folder after an initial check. The folder ended up on a covered conveyor belt. Which always caused us fears, because every now and then the system ate identity cards. At the end of the conveyor belt was a barrack and this had a bay window where another border guard sat and handed out the papers and visas after processing. But don’t drive past the stop sign without being waved in first. Or you didn’t react quickly enough. Both could mean that you had to drive out of your lane and get a special check. This could last for hours. In the early years, almost every vehicle was closely inspected. Seats were removed and every corner of the boots was scrutinised. In the 80s, this rarely happened.

It’s hard to describe the feeling I had as a West Berliner in transit. It wasn’t fear directly, but always unease. The People’s Police monitored the speed limits closely, actual or alleged violations flushed large sums of West German money into the always empty GDR coffers. Even a tachograph didn’t protect, a Volkspolizei was always right. I myself got my driving licence in 1981 at the age of 18 and was lucky, I was never asked to pay. However, as a passenger I experienced my father being stopped for an alleged offence. You kept your mouth shut and paid. Even if you were completely innocent. Only fools argued, because you couldn’t win. 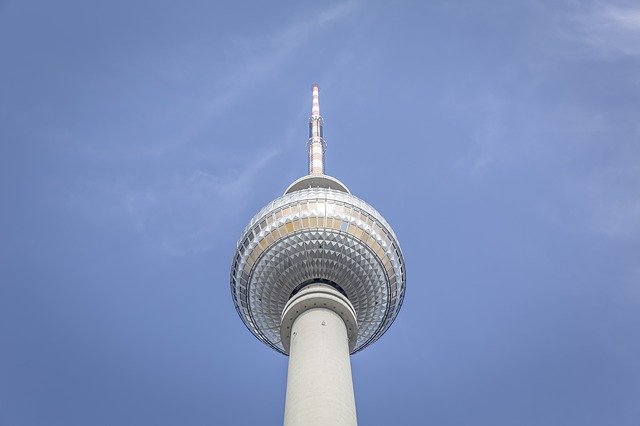 Since I lived far away from the Wall, I only saw it relatively rarely and only once did I experience shooting. It was probably a warning shot, but the border guard had fired in such a way that the bullet hit a house in West Berlin. Fortunately no one was injured. The West Berlin police, who had no jurisdiction, appeared, then American military personnel. Sure enough, there was the usual protest, which was filed away as usual. There was a small newspaper notice.

I only had distant relatives in East Berlin, so I rarely went “over there”. About ten times in all those years. The compulsory exchange (in GDR German, Mindestumtausch) was a good reason not to want to go to East Berlin. For citizens of the Federal Republic of Germany and West Berlin, it amounted to 25 GDR marks per day at a rate of 1 : 1 (one GDR mark for one Deutsche Bundesbank mark). But the GDR mark was worth far less internationally. In the exchange offices of West Berlin, one DM cost over four Ostmarks. Exporting and importing GDR marks was forbidden. When my school class made a day visit to East Berlin, we had trouble getting rid of the money. We went to the most expensive restaurant in the Palace of the Republic, treated ourselves to everything else we wanted and still had GDR money before we left. There was simply hardly anything we could have bought and wanted to take with us. Bookshops, for example, offered almost no interesting books. What to do? We put it in the trays of the ticket machines at Friedrichstraße station.

Restaurants in East Berlin didn’t entice me anyway. Relatives once invited my parents and me to the best fish restaurant in East Berlin. We were asked if we wanted something from the salad bar. I will never forget this “salad bar”. One head each of white and red cabbage, a grater and a pot of oil. And as a special fish restaurant? Every Italian in West Berlin had more types of fish to choose from.

Apart from a few museums, the city held little appeal for me. The whole GDR seemed grey, there was an obvious lack of sensible wall colours. Like hundreds of thousands of West Berliners, I was always glad to be back in the West. Many had the habit of greeting the bear statue that stood (and still stands) on the west side of the autobahn after the transit motorway with a short honk. Some old West Berliners still do this nowadays, much to the irritation of younger people or strangers. 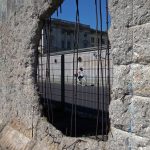 “New” wall fragmentsblog
A diplomat at the fall of the Wallblog
We use cookies to ensure that we give you the best experience on our website. If you continue to use this site we will assume that you are happy with it.Ok