How music overcomes the wall 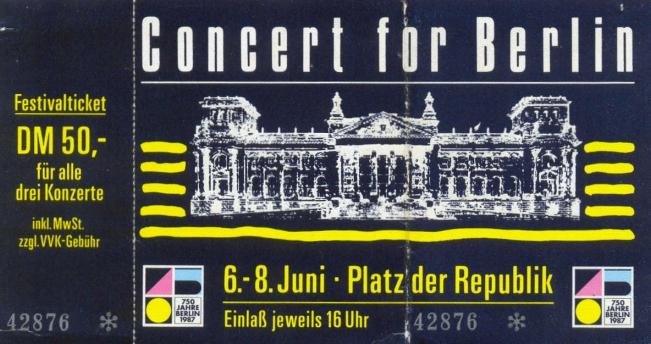 In 1987, on the Whitsun weekend in West Berlin, rock superstars such as David Bowie and Genesis joined hands to celebrate the 750th anniversary when they performed at the Concert for Berlin on a 76-metre-wide stage in front of the Reichstag building. Just a few metres away, on the other side of the Berlin Wall, music fans from the GDR have come together to at least hear the concerts live. The festival runs over the entire Whitsun weekend, and so it happens that on Saturday a few hundred GDR citizens on the other side of the Wall listen to the spectacle, but on Sunday several thousand listeners are already there.

The organisers, Concert Conzept, clearly intended to cover both the West and the East in order to draw attention to the division, but also to demonstrate the unifying power of music. What is not in the intention of the organisers, however, are the riots on the east side of Berlin that sparked off between police and music fans from Whit Sunday to Monday.

While around 60,000 people celebrate peacefully in front of the Reichstag building, confrontations in the east steadily increase. At first, the People’s Police begin to check IDs and expel people when they try to get a glimpse of the concert. However, after news of the concert and the repressive measures by the People’s Police spread in the East of Berlin, more and more people move towards the Wall, first as music fans, later as demonstrators. GDR officials did not expect thousands of citizens, and so on Sunday and Monday the situation escalates completely. The police try to disperse demonstrators with truncheons, civilian officials arrest individual music fans in groups and all this is drowned out by shouts of Gorbachev and insults against the police and the state.

In the end, it is clear that this was not the last protest the citizens of the GDR were to experience. After the Pentecost weekend, official GDR sources say that the Western media exaggerated the situation and that everything was under control. 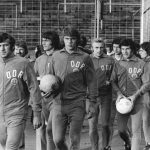 Football fever at the Wall Museumblog 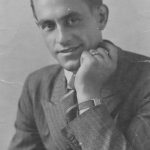