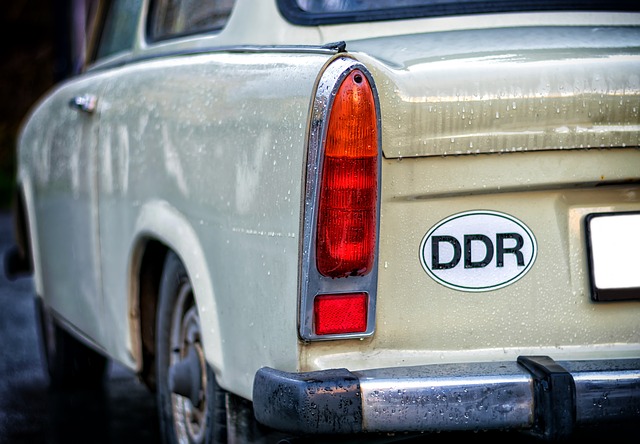 On 21 December 1972, 46 years ago today, Michael Kohl and Egon Bahr signed the Basic Treaty between the two German states.
According to the Hallstein Doctrine of 1955 (https://de.wikipedia.org/wiki/Hallstein-Doktrin) this treaty was finally marked by political détente. 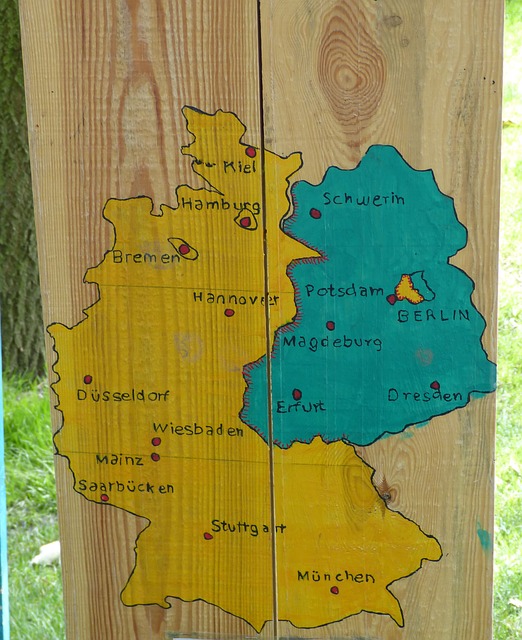 When the two German states were founded in 1949, the question arose for the other countries of the world as to whether and how both parts of Germany would be recognised. The economically more important Federal Republic was considered more profitable and interesting. The choice was therefore not too difficult, especially for the Western states. Diplomatic contact was established with the Federal Republic. The GDR, on the other hand, was regarded primarily as a satellite state of the Soviet Union. The Soviet Union had immediately recognised its former occupation zones diplomatically in 1949. It was followed by Czechoslovakia, so that two ambassadors were received by the GDR head of state Wilhelm Pieck at the 1950 New Year’s reception in the Presidential Palace in Berlin-Pankow. Incidentally, the Czechoslovak ambassador had asked the chief of protocol, Ferdinand Thun, which dress code would apply. Of course, the workers’ and peasants’ state did not want to disgrace itself on the diplomatic stage and yet set new standards. Ferdinand Thun therefore appeased the Czechoslovak ambassador. He finally decided in favour of the street suit. For President Pieck, on the other hand, 3 January 1950 was his 74th birthday and, without consulting the chief of protocol, he opted for the tailcoat. The Soviet ambassador Georgi Pushkin adorned his black suit with epaulets according to military dress code. He also wore all his decorations. The Czechoslovak ambassador then immediately and officially complained to Ferdinand Thun that he had not told him the correct dress code.
Until 1960, only eleven states officially recognised the GDR, most of which were under Soviet influence. In the Federal Republic of Germany, efforts were still made at this time to ignore the East German state, even verbally. Instead of German Democratic Republic or GDR, it was called the Soviet zone or the rulers of Pankow. Chancellor Konrad Adenauer intoned “Soviet zone” in his Rhineland pronunciation or spoke of “Pankoff”, which once again gloriously symbolised the GDR’s dependence on the Soviets. The Soviet representatives who became known in the media were called: Kotikow (https://de.wikipedia.org/wiki/Alexander_Georgijewitsch_Kotikow), Schukow (https://de.wikipedia.org/wiki/Georgi_Konstantinowitsch_Schukow), Tschuikow (https://de.wikipedia.org/wiki/Wassili_Iwanowitsch_Tschuikow) oder Semjonow (https://de.wikipedia.org/wiki/Wladimir_Semjonowitsch_Semjonow).
The lyrics of the well-known song by Udo Lindenberg “Sonderzeug nach Pankow” certainly have to do with the memory that the GDR was equated with “Pankow” in the media, especially in the 1950s.

The GDR government had a very special presence in the Berlin district of Pankow during this period. In addition to the aforementioned Presidential Palace (Schönhausen Palace, then called Niederschönhausen Palace), President Wilhelm Pieck and Prime Minister Otto Grotewohl resided here in the immediate vicinity in specially prepared villas (today Mayakowskiring 29 and 46). The cameras of the GDR media were here a lot and often. The People’s Republics of Poland and Bulgaria maintained embassies in Pankow. Because the old embassy on Unter den Linden near Pariser Platz had been totally destroyed during the war, the Soviet ambassador initially resided until 1951 near the GDR Presidential Palace, in a former Jewish home for the deaf and dumb, today Tschaikowskistraße 13.
I first met Egon Bahr in person at the Mayakovskiring in Berlin-Pankow in 2001 as director of an exhibition and meeting centre. In the former residence of Wilhelm Pieck, the then mayor Alex Lubawinski invited people to come to terms with the early history of the GDR. Egon Bahr went for a walk with me. Suddenly he stopped and pointed to an ensemble of buildings at the end of what is now Rudolf-Ditzen-Weg. Here he would have met several times with Hermann Axen, an important SED Politburo member. In the GDR, the important interlocutors were not the ministers, but the so-called Politburo members who guided them.
Hermann Axen was responsible for “International Liaison, International Politics and Economics, and Foreign Information”. Egon Bahr said that he had also spent the night. That surprised me very much. After all, Bahr could well have had himself taken home to the western part of Berlin. Bahr smiled and pointed out that it would have been a question of mutual trust. In the end, the most important things would have been resolved amicably over cognac and a good cigar after the supper.
I only got to know Michael Kohl after 2001, not personally, because he died in the summer of 1981. At the time, I was dealing with the history of a residential area in Berlin-Karlshorst. The Soviet secret services KGB and GRU had set up a small restricted area for themselves here in 1963. Directly adjacent was the “Museum of the Unconditional Surrender of Fascist Germany in the Great Patriotic War 1941-1945”. Around it lived not only Soviet agents but also members of the GDR nomenklatura, such as Heinz Kessler (the last GDR defence minister) or Siegfried Böhm (GDR finance minister). A prefabricated house had been built for Michael Kohl in Honnefer Straße.
Perhaps it was a kind of recognition and Christmas present for Kohl the diplomat. In June 1974, he became head of the Permanent Mission of the GDR to the Federal Republic of Germany in Bonn. It was not until 1978 that Kohl could actually use the house in Berlin-Karlshorst.
Social Media
Contact 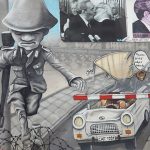 Construction of new observation towers at the Berlin Wallblog 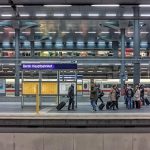