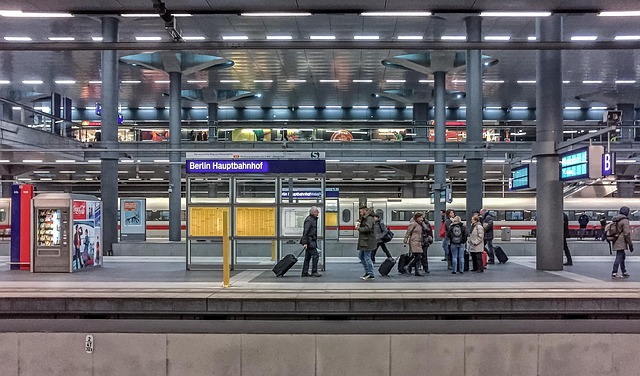 Since 1945, the light rail system ran on the territory of the British, American and later French occupation sectors in Berlin under the direction of the Soviet Union. The four occupying powers had a great interest in a functioning transport system in Berlin and therefore dealt with each other very carefully at first. Since it had been agreed to destroy all facilities in Germany that were important to the war effort, bunkers were blown up, often near Berlin railway stations. At Zoo station, the British had problems with this because all blasting attempts were unsuccessful. The British pioneers were even mocked for this, with youths allegedly putting up the slogan “Made in Germany” in white paint. At Gesundbrunnen, the bunker stood directly next to the Deutsche Reichsbahn facilities. If the bunker had to be blown up, which had to be very strong, the French feared that the tracks of the Deutsche Reichsbahn would be affected. That is why they only blew up the part of the bunker where this could not happen.

In the summer of 1949, the Allies’ relationship changed fundamentally. The Western Allies withdrew the right of use of assets on their own territory from the Deutsche Reichsbahn. The only exceptions were properties that directly served transport operations in the whole of Berlin. The Soviet Union transferred all transport operations to the newly founded GDR. The Federal Republic did not recognise the GDR. The GDR feared losing the operating rights for the tracks and the important electrical switching and rectifying stations at the crossings to the Ringbahn in the western part of Berlin. Of course, they would have liked to change the name “Reichsbahn”. But would they have accepted a “GDR state railway”? So they invoked the agreement of 1945 and were able to declare the railway facilities in the western part as GDR territory and part of the German Reichsbahn. At the same time, railway traffic was switched to a bypass of West Berlin. 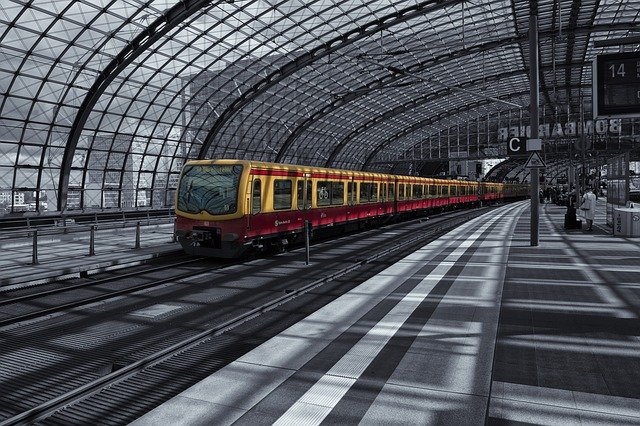 The operation of the Stadt-Bahn in the western part was connected with the acquisition of foreign currency, because the tickets in the western part of Berlin were of course paid for by the passengers in DM. The train staff living in the western part, however, were only paid a portion in West Marks. In return, Reichsbahn employees in the GDR were covered by health and social insurance. Soon there were campaigns on the part of the Senate calling on West Berliners not (!) to help finance the GDR by using the Stadtbahn. For this reason, people were to use only the U-Bahn under the direction of the Berliner Verkehrsbetriebe (BVG). The BVG network was considerably expanded in parallel (for example with the construction of today’s U7). However, today’s U6 and U8 lines ran underground through East Berlin. When Berlin was divided in 1944/45, the Soviets insisted on the then “Mitte” district, which now protruded into the western part like a kind of “nose”. After the Wall was built in the summer of 1961, the trains no longer stopped in the eastern part. Only at Friedrichstraße station did the U6 stop, and one could change to the S-Bahn (North-South Railway), which also ran underground, or continue from here via Lehrter Stadtbahnhof, Bellevue and Tiergarten to Zoo station. Of course, the Berliner Verkehrsbetriebe (BVB) in the eastern part billed the BVG for track maintenance, so strictly speaking, if he didn’t want to finance the GDR, West Berliners would only have been allowed to travel on the other subways and buses running exclusively in the western part of Berlin. 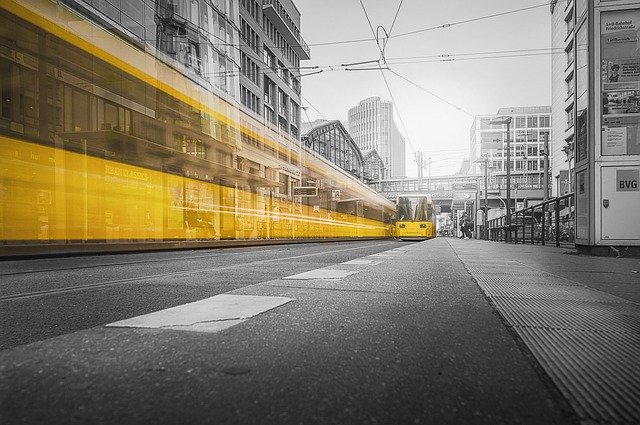 At the railway stations in the western part of Berlin, the legal situation was not completely clarified until 1983. Where was the West Berlin police responsible and where exactly was it not? The GDR’s transport police were on the move in certain areas, but they couldn’t secure it all at all. How were the blue-uniformed officers supposed to get to the “islands of the German Reichsbahn” in the western part without themselves being on the move in what was for them a lawless space? Moreover, these spaces were often used by people who had something to hide. The fact that drug addicts in the western part liked to hang out at Bahnhof Zoo, for example, can be explained in this way. Strictly speaking, the book “Wir Kinder vom Bahnhof Zoo” (We Children from Zoo Station) from 1978 has to do with the unresolved and difficult situation here. In the GDR, on the other hand, people liked to refer to these people as typical “products of capitalism”.
All contradictions and disputes between the Deutsche Reichsbahn and the Berlin Senate were thus to be finally resolved today of 35 years.
Social Media
Contact 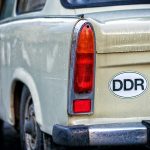 Basic Treaty between the GDR and the FRGblog 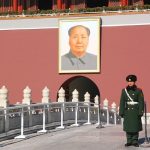 Mao Zedong and the Berlin Wallblog