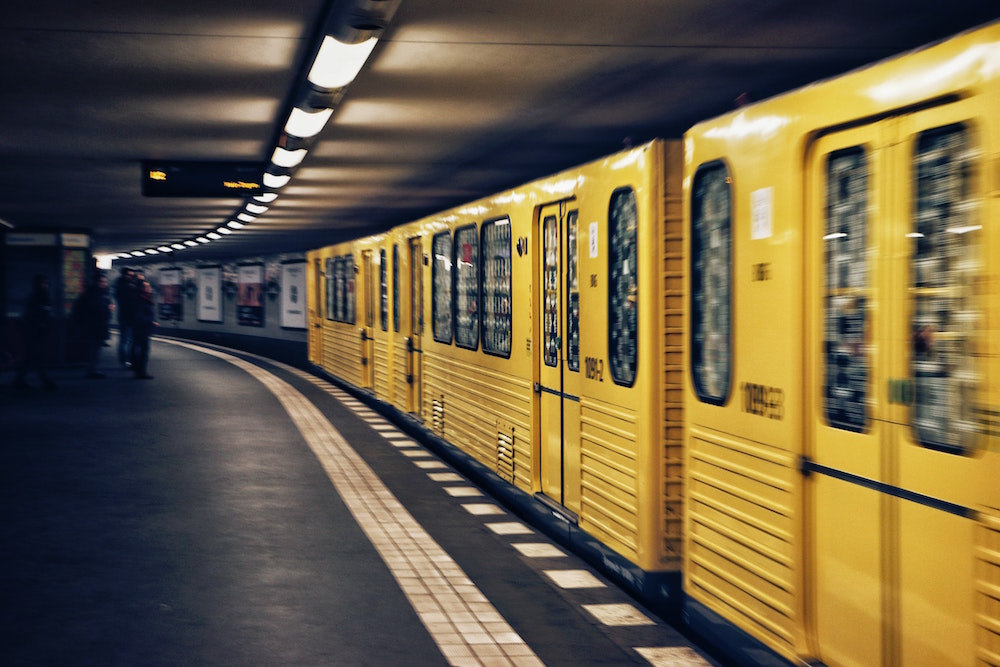 Few cities with over a million inhabitants have such a well-developed local transport network as Berlin. Almost every tourist destination can be reached quickly by train or bus. Of course, visitors should avoid rush hour.

The S-Bahn line 3 goes from Spandau in the west to Erkner in the east. It passes the city’s main tourist highlights, and since it is an overground line in the city centre, it offers a great view of the city. The Berlin WelcomeCard, which offers free use of public transport as well as discounts at many museums and sights, is almost a musthave for tourist users of the S 7.

The part of the line of interest to tourists begins in the east at Warschauer Straße station. It is only a few minutes away from the Oberbaum Bridge. From the bridge you have a wonderful view eastwards, past the former Osthafen, to Treptow-Köpenick.

The world-famous East Side Gallery, a part of the Berlin Wall that was painted by international artists after the fall of the Wall, begins at the Oberbaumbrücke. On the corner of the Oberbaumbrücke is the Mühlenspeicher, which houses The Wall Museum. A multimedia exhibition shows the history of Berlin between 1945 and 1990. Of course, the Berlin WelcomeCard is accepted at the museum. The East Side Gallery stretches all the way to Ostbahnhof, the next station on the S 3, and you have the choice of walking along Mühlenstraße and looking at the artworks or walking along the banks of the Spree. On Sundays there is a flea market on the north side of Ostbahnhof. (It’s only small in 2020 because of construction work).

The next station is called Jannowitzbrücke, where there is a harbour for sightseeing boats and on the other side of the Spree is the Märkisches Museum.
If you stay on the S3, the next station is Alexanderplatz. The television tower is its landmark, which cannot be overlooked. The sunlight creates a cross on the sphere, and the GDR authorities tried everything possible to prevent this. But the “Christian symbol” remained visible above the city.

The GDR had given the area a “socialist” veneer, and the World Time Clock from 1969 remains from this period. It is still a popular meeting place for Berliners and visitors.

The S3 continues to Hackescher Markt station. This is the station for the Museum Island. Besides the Pergamon Museum, the German Historical Museum is also near the station. The latter is at the beginning of the street Unter den Linden. A stroll to the Brandenburg Gate is one of the options. But you can also follow the railway line from Hackescher Markt. The arches house numerous restaurants and shops. The nearest train station is Friedrichstraße. In GDR times, the station was the main entrance for West Berliners to East Berlin. The U6 underground line only stopped here in East Berlin at the time. The checkpoint building became known as the Palace of Tears. Today it houses a small exhibition.

The S3 continues to Hauptbahnhof, Berlin’s main long-distance railway station. The S-Bahn journey offers an excellent view of the Reichstag and the government quarter, which are located on the other side of the river. It continues to Bellevue station, at the palace park of the same name. Bellevue Palace has been the official residence of the Federal President since 1994. The standard with the federal eagle also flies on the roof when the Federal President is not there. It is only hoisted during visits abroad or when he is in Bonn’s Villa Hammerschmidt.

The Tiergarten S-Bahn station is on the Straße des 17. To the east, on the Großer Stern, stands the Victory Column. It was completed in 1873 and commemorates the wars of 1864, 1866 and 1871. It used to stand in front of the Reichstag and was moved in 1939 as part of the gigantomanic Nazi urban planning.
On Saturdays and Sundays there is a large flea market directly opposite the S-Bahn station.

The next station is Bahnhof Zoo. You can also follow the railway line through the Tiergarten on foot and visit the Gaslaternen-Freilichtmuseum Berlin on the way. The path leads across a bridge over the Landwehr Canal at the Unterschleuse, also known as the Tiergartenschleuse. The Berlin Zoo is on the left, at Hardenbergplatz is its main entrance. The Zoo station is also located there. If you stay on the train, you have a beautiful view of the zoo as you pass. With over 1,300 animal species, it is the world’s most diverse zoo. With its adjoining aquarium, Berlin Zoo is one of the most visited sights in Berlin, with over 3 million people visiting it every year. The sensation in 2020 is the two pandas Meng Yuan and Meng Xiang. The babies caused visitor numbers to skyrocket even more. Other crowd pullers are the polar bears. Even after the tragic death of the media phenomenon Knut in 2011, Berlin’s polar bears have fans all over the world.

For many, Bahnhof Zoo is the gateway to City West. It is close to Breitenbachplatz, where the ruined tower of the Kaiser Wilhelm Memorial Church stands as a memorial against the war. The new church next to it, designed by architect Egon Eiermann, is bathed in a special blue light inside thanks to 20,000 glass blocks and is therefore visited by up to 10,000 tourists a day. During the Christmas season, a large Christmas market is set up there; in 2016, there was an attack there in which 12 people were killed and over 50 injured. A memorial and strong security measures commemorate the event.

Hundreds of shops are located on Tauentzienstrasse, Kurfürstendamm and in the side streets. The changes after the fall of the Wall in 1989 did not stop at Ku’damm. Since the beginning of the 21st century, after the closure of cinemas and old-established cafés, the boulevard has developed more and more from a nightlife and entertainment mile into a shopping street. Some things disappeared, others were greatly changed. On the corner of Joachimsthaler Straße was Café Kranzler, a Berlin institution. Udo Lindenberg sang: “In 15 minutes the Russians will be on Kurfürstendamm. They’ll leave their tanks in the car park and want to see the cream cakes at Café Kranzler.” The famous rotunda is still there, but the rest has changed completely. The Café Kranzler is now run as a branch of the Berlin coffee roasting company The Barn, and because of the view it is a tourist magnet and a city landmark.

On 1 April, you should be careful when making appointments on Ku`damm, because the house numbers 1 – 10 are missing, as are the house numbers 77-89 and 221-223.
The nearest S3 station is at Savignyplatz. Around the square and the adjoining streets there are a variety of restaurants, bars, cafés, jazz clubs, cinemas, antique and book shops.

Continue west to Charlottenburg station. The pedestrian zone Wilmersdorfer Straße is located there. It was the first motor vehicle-free zone established in a Berlin street, and the department stores and shops tend to serve the everyday needs of Berliners, not the upscale needs like the luxury shops on Ku’damm. The Rogacki fish delicatessen attracts many Berlin gourmets.

The Heerstraße and Olympiastadion stations are hardly tourist magnets. South of Heerstraße is Teufelsberg, heaped up from rubble after 1945, it served the US secret services as a base for radar and radio surveillance of the GDR areas around West Berlin. Today you have a great view over Berlin from there, the mountain is the second highest elevation in the city. The Olympic Stadium is Berlin’s most famous sports venue. It will always be associated with the 1936 Nazi Olympic Games.

The Pichelsberg S-Bahn station is at the south-western end of the Olympic grounds. The Waldbühne, the equestrian stadium, the Murellenschlucht nature reserve and the 62-metre-high Murellenberg are nearby.

The Stresow S-Bahn station is already in Spandau. You can walk to the old town of Spandau via Stresowstraße, but the more interesting route leads north from Spandau station, past the town hall. Spandau is considered older than Berlin, and even today the residents of Spandau see themselves as something special.

From Stresow, the S3 leads across the Havel to Spandau station, the terminus of the S3. Spandau’s old town is the largest pedestrian zone in Berlin with many shopping opportunities. St. Nikolai’s Church is the historic centre; a cannonball is walled into the north façade; local legend links it to the siege of Spandau Citadel in 1813, but it was not fortified there until decades later.

The citadel adjoins the old town to the northeast. Built as a fortress in 1559-1594, it has been largely preserved. Since 1992, the former armoury has housed the Spandau Museum of City History. Not all visitors come to see the fortifications.

Concerts and festivals are held regularly in the citadel, and the annual medieval festival is a highlight.40 studios there provide space for artists. The registry office offers wedding ceremonies in the Fürstenzimmer of the Kommandantenhaus. The Gothic Hall, rooms in the Italian Courts and the Old Barracks can be rented as venues.

Whether you want to go to the East Side Gallery and The Wall Museum in the east or to Spandau in the west, the S3 is a great way to explore Berlin. 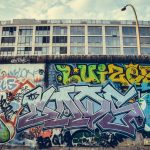 30 years since the fall of the Wallblog 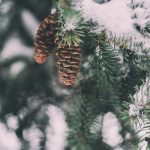