Where there is a comrade, there is the party (SED). Where there are 20 comrades, there is an Intershop. – a common staircase joke from GDR times. But, what actually was an Intershop? Intershop was a retail chain in the GDR for visitors and transit travellers from the non-socialist economic area(NSW). This made it possible for them to buy familiar goods. For example, this could be the usual brand of cigarettes. There was a kiosk at Friedrichstraße station, for example, which had started operating early. It initially traded under the names Transit Warehouse and International Bazaar. The kiosk was located in an area to which GDR citizens no longer had free access after 1961. At Berlin’s Friedrichstraße station, an underground (from West Berlin to West Berlin) ran underground, from which West Berliners could easily transfer to the S-Bahn (from West Berlin to West Berlin), which also ran underground. Since the S-Bahn, as part of the Reichsbahn, ran for a long time under the GDR regime, there were Senate campaigns in the western part of Berlin against all S-Bahn traffic. The kiosk was one of East Berlin’s targeted “advertising measures”. Of course, convenience won out for ordinary West Berliners, who even liked to change trains at Friedrichstraße station. . This was due to the duty free, which was especially noticeable for tobacco products and alcohol. 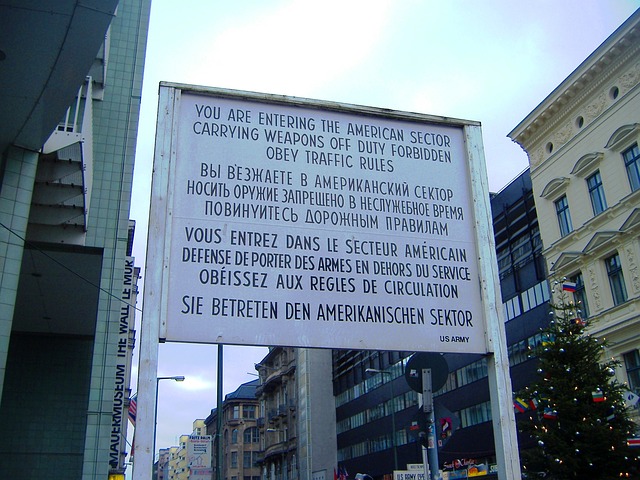 Of course, such shops also sprang up at border crossings and airports. The state trading organisation “Intershop GmbH” was founded for this purpose in 1962. Since it was easy to do business with freely convertible currencies such as the D-mark and the US dollar, the range was quickly expanded to include food, jewellery, cosmetics, and later even clothing, toys and technical equipment. The sales prices were significantly lower than those in the Federal Republic of Germany or in West Berlin. With the transit agreements, especially in the early 1970s, the number of visitors from the West increased dramatically. This, of course, increased the turnover.
45 years ago today, GDR citizens were given legal access to the range of goods on offer in the Intershops for the first time. Suddenly, there was a third source of goods in addition to the Konsum (a retail outlet in the GDR) or the somewhat more expensive HO shops. You could pay with any freely convertible currency. Those who could, of course, used this to make a purchase for thegift table in 1973. In the GDR, Christmas was preferably called Jahresendfeier.
However, the possession of West German money (Valuta) was prohibited in the GDR. The ban was only partially lifted by a decree of the GDR Council of Ministers in 1974. For employees of the GDR authorities, especially officers of the State Security Service, possession of “hard currency” from the West could have unpleasant consequences. Exceptions ultimately applied only to foreign espionage staff, who were of course supposed to be in the West. Incidentally, the Intershop salesmen also received part of their salary in foreign currency.
In February 1974, the GDR Council of Ministers issued a decree stipulating that there should be Intershops at all transit motorway service stations. At the latest, Erich Honecker’s assumption of power in 1971 heralded a change in policy. Under Honecker, the GDR population began not only to enjoy the comforts of everyday socialist life, but also to have a share in the consumer products of the West. This applied in particular to the twenty or so members of the SED Politburo. Since autumn 1960, they had been living with their families in a segregated settlement in the north of Berlin near Wandlitz. There was a so-called Ladenkombinat on the strictly sealed-off premises, where the residents of the settlement could stock up on Western goods. When Walter Ulbricht died in 1973, his widow Lotte had to leave the settlement and was given a house at Mayakowskiring 12 in Berlin-Pankow. However, she was permitted in writing to continue to obtain supplies at the Ladenkombinat.
From 1979, GDR citizens had to exchange money for Forum cheques before shopping in the Intershops. Only with the appropriate passport could one still pay with “real money”.
This was no longer handled quite so strictly at the end of the GDR. From autumn 1989 onwards, more and more West Germans, especially from Hesse, appeared in Leipzig for a visit, especially at the weekend. On 22 December, a Friday, two young men turned up again at the Moritzbastei looking for a place to stay. As usual, we (I was studying at Karl Marx University myself at the time) were able to accommodate them in the student dormitory. The next day we took this opportunity to come to Erfurt. In their VW Golf, they gave us (my girlfriend at the time and me) a lift on the way back. When we arrived in Erfurt, they gave us 10 DM each. Of course, we didn’t run to the state bank and exchange the money for Forum cheques at that point. Shortly before Christmas 1989, that was no longer necessary… 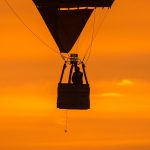 Balloon escape from the GDRblog 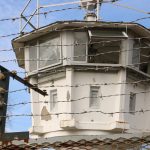 Berlin Wall exclave stone fragments – a place in East and Westblog
We use cookies to ensure that we give you the best experience on our website. If you continue to use this site we will assume that you are happy with it.Ok